Lesser the Solvents, More the Benefits! 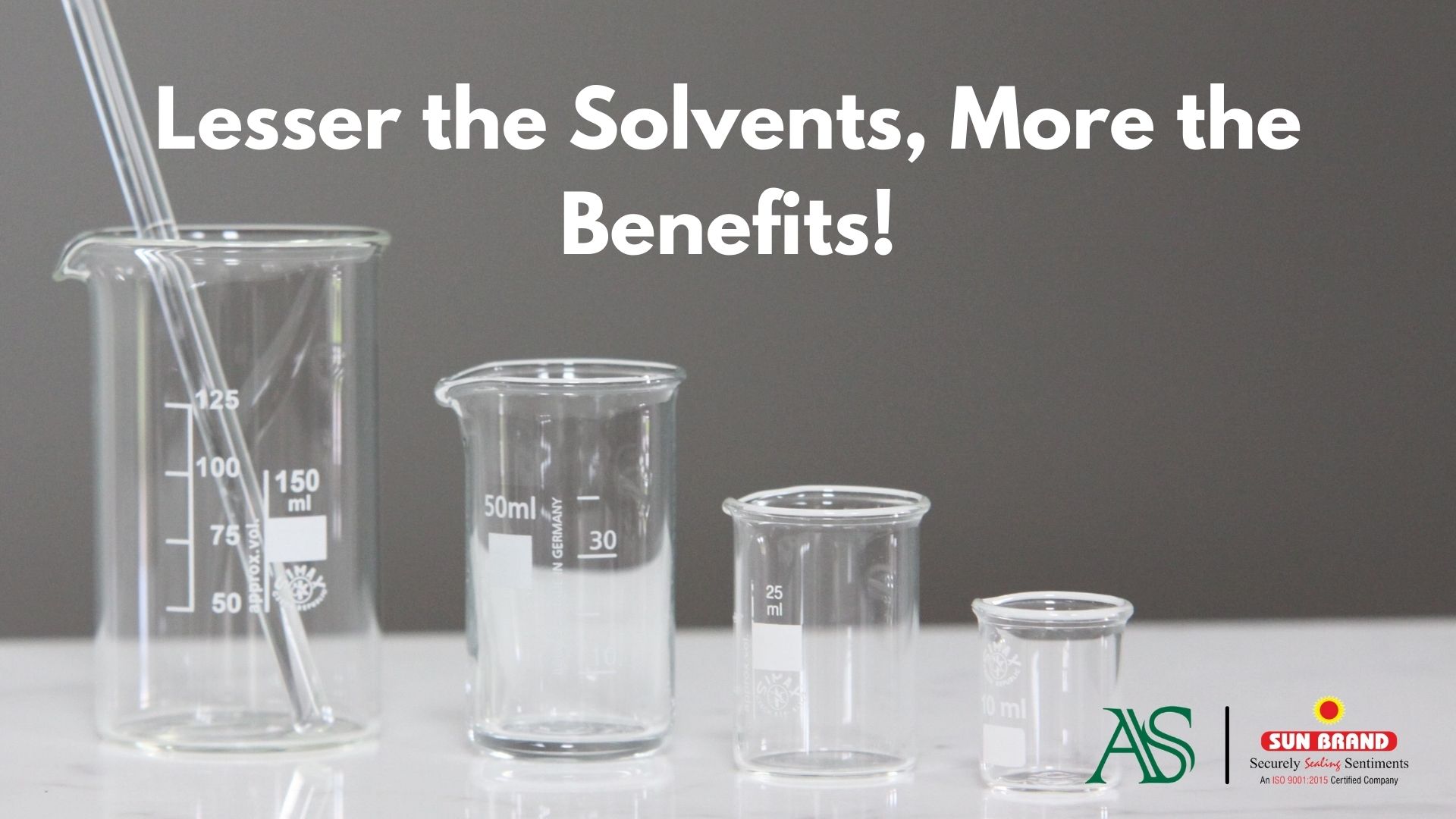 Depending on the solvents, adhesives are classified in one of the following ways:

Solvents are the thinners used in the adhesive industry to provide the beneficial properties necessary to make adhesives function efficiently, especially when it comes to maintaining the coatability. Across the globe, the chemical industry, especially the coating industry, spends an excessive amount on solvents. Appropriate solvents are required to get an even and consistent coating in paint or adhesives.

What are the types of solvents used in the adhesive industry?

Toluene, an aromatic hydrocarbon that is composed of a benzene ring linked to a methyl group, is an exceptionally good solvent. Unlike water, toluene can dissolve several organic compounds, and due to its low toxicity levels, it is used as an alternative solvent to benzene

An alcohol, such as isopropyl alcohol, is the preferred choice of solvent for plastic substrates. Isopropyl alcohol dissolves a wide range of non-polar compounds, evaporates quickly, leaves little oil traces as compared to ethanol, and is relatively non-toxic when compared to alternative solvents.

Methyl ethyl ketone also known as butanone, is an organic solvent that is a great degreaser for heavy manufacturing oils and lubricants and can also be used to clean up certain adhesives, lacquer and latex paints. It has a fast evaporation rate, although not as fast as acetone.

Xylene is a colourless mixture of chemically related hydrocarbons, that is often used as a solvent for paints, adhesive, and printing inks. It is extremely efficient at dissolving compounds that dissolve poorly in water.

Ethanol mixes easily with water and many organic compounds, and is an effective solvent for use in paints and coatings.

These findings motivated the R&D team at Adhesive Specialities to conduct a study on comparing adhesives containing different solvents ratio. They tested rubber adhesives with different percentages of toluene solvent and found the following results:

The results clearly indicate that by reducing the quantity of Toluene, they were able to improve the quality of the product as well as make it more economical.

Some of the other benefits found during the study are as follows:

Without a doubt, one can see that the lesser the toluene the better the properties of rubber adhesives became. By reducing the amount of solvent, the productive is more effective, economical, achieves faster production, better aesthetics and most importantly, it maintains environment sustainability.