What is Adhesion, Cohesion and Tack? 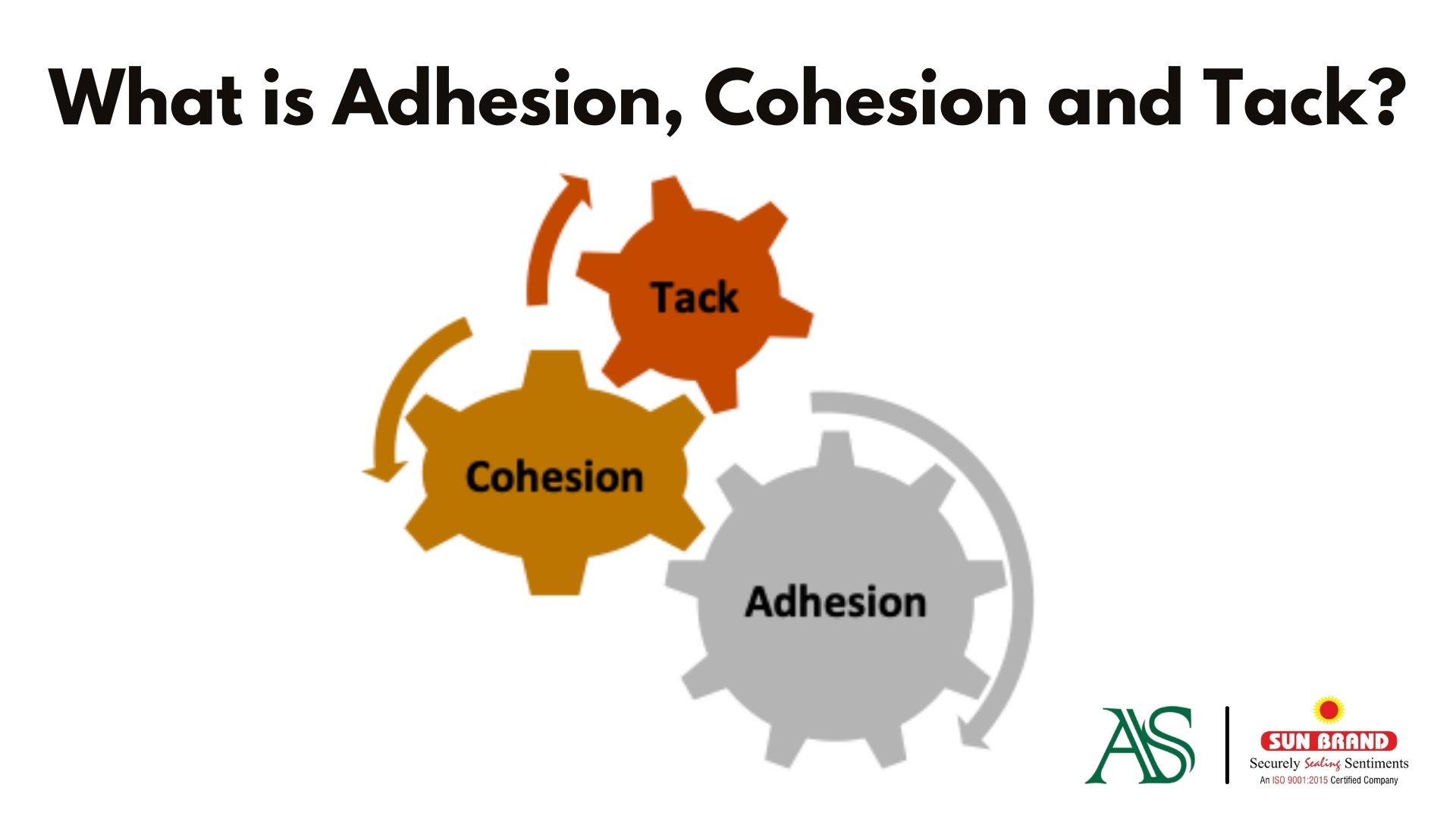 There are several factors that are important in the construction and effectiveness of adhesive tapes, some of the most important ones are adhesion, cohesion, and tack. So what is Adhesion, cohesion and tack? And why are they important?

Cohesion is the bonding of particles within the adhesive that holds the adhesive mass together. Cohesive force is due to:

Tack is known as the initial stickiness of the adhesive. It indicates how quickly a bond is formed when the adhesive is brought into contact with a surface with very slight pressure. Tack is sensitive to a variety of factors, including temperature, processing, and the properties of the adhered surface etc.

Shear adhesion gives the holding time of the adhesive. Shear adhesion is the ability of a tape to resist the static forces applied in the same plane as the backing.

The adhesive & cohesive forces work in tandem and are the reasons for the sticking of tape to the substrate (stickiness). These 2 forces ensure:

Other than cohesion and adhesion, tack also plays an important role in the system:

Good adhesion and strong bonding are due to cohesion of the adhesive. The cohesion forces of an adhesive are based on molecular interactions. Adhesives are polymers, that having high molecular chain length, which are entangled together. The tangled-up molecules make the inner cohesive bond in adhesives. Inner cohesive strength is directly related to shear.

Why do different bonds fail?

Adhesive failure: Adhesive failure, also known as delamination, is the most common form of bond failure. The adhesive cleanly pulls away from one substrate and stays attached to the other.

Why does the failure occur?

Sometimes the reason for PSA failure is simple: the adhesive that was chosen is incapable of meeting the necessary functional requirements. This is preventable by choosing the right PSA tape.

So before suggesting the tape be sure you are aware of these.